Students invited to our Pop-Up Cinema 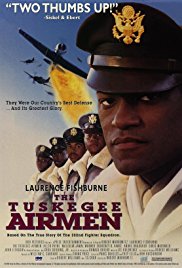 Students are invited to come along to our `Pop Up cinema’, running every lunchtime next week (21st to 25th Oct) in the Study Centre.

Based on a true story, The Tuskegee Airmen (certificate PG) tells the story of the first African-American fighter pilots in the U.S. Army Air force.  The film follows the airmen from their initial training at Tuskegee, Alabama, to their combat assignments during World War II. Featuring fascinating vintage military planes and exciting air-combat footage, the film also exposes the racism encountered by the pilots.

Suitable for Year 7 and above; bring a packed lunch to eat whilst you watch the film, which will be shown in installments from Monday to Friday of next week.  We are showing this film as part of our Black History Month programme.