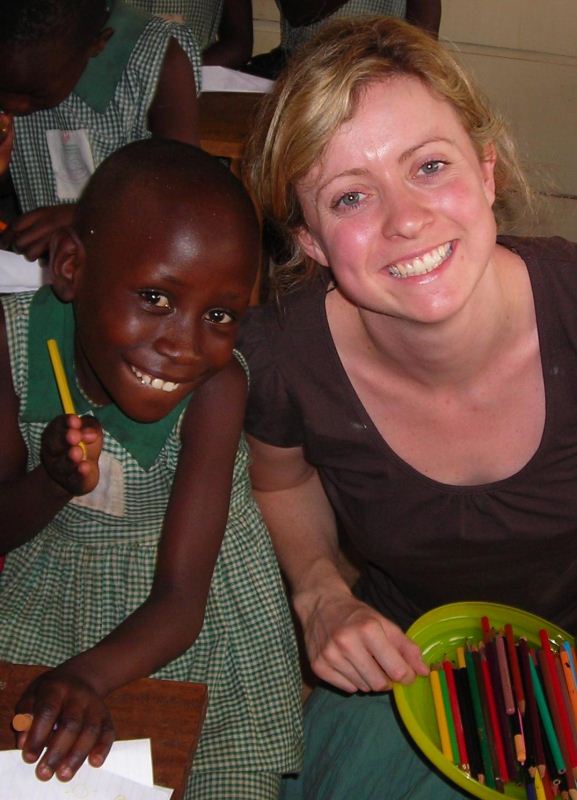 Since visiting Hosanna school in 2007, we have been working on establishing a more permanent and interactive link between the two schools and the communities they serve.

Immediately after our return from Uganda in 2007, we set up the Staff Hosanna Committee and began investigating ways in which we could develop the link between the two schools. We contacted the British Council’s Department for International Development and they introduced us to a Global School Partnership programme that results in the delivery of a shared curriculum and a permanent student exchange.

The first step involves a ‘Reciprocal Visit’ taking place between schools. The DFID has granted us funding which contributes towards to cost of a small number of staff travelling between the schools in order to learn about how each other operates and to start the process of drawing up a shared curriculum and plan for student exchange. Our Ugandan teachers visited in December and Brimsham staff are due to visit Hosanna in March. While in Uganda, our teachers will be tasked with finalising the Shared Curriculum Action Plan between schools; they will need to liaise with teachers and classes, investigate resulting resource and material requirements and manage the exchange of lessons plans. They will also need to make logistical decisions regarding the exchange of students i.e. accommodation, method of transport while abroad, visa and insurance requirements, programme of visit etc. Their final task shall be to help Hosanna students begin fundraising initiatives of their own; meeting with businesses in the city and organising markets where students and members of the Kesenye community can sell products made in school and at home.

As always, monies are needed to enable all of the above to happen, but we also don’t want to lose sight of why we originally began supporting Hosanna. The school is still in desperate need to funding so as to be able to provide much needed materials, textbooks and equipment for students. The children continue to need porridge and clothes. A large proportion of the monies collected during our Global Partnership fundraising drive, will go towards practical support for Hosanna just as it has done in the past. It is important to note, that the payment of school fees for individual children remains separate from the Global Partnership.

I’m sure you’ll agree the prospect of sharing lessons and exchanging students is incredibly exciting! Staff have already started to incorporate elements of Ugandan culture (stories and crafts) into lessons and we can’t wait to offer our sixth form the chance to visit Africa and receive Ugandan friends over here in the UK. We hope to begin exchanging as early as Easter next year! To help with these exchanges, the DFID will be contributing funds during the first three years of the partnership.

Following the lead of our sixth form and as part of our fundraising drive for the Global Partnership, an inter-tutor challenge has been launched. Tutor groups have been asked to think up original and creative ways of raising money, and the group that manage to raise the most at the end of each month leading up to March can look forward to an exciting reward! A mufti day will kick start us into what will hopefully be an enterprising next few months!

Finally, we would like to say thank you to everyone who has been involved with establishing the Global Partnership between Brimsham and Hosanna. We are so grateful to Maggie and Roger Maclean for looking after our Ugandan teachers during their stay, to the members of the Hosanna Committee who made time to have them to dinner and take them out on tour, to the sixth formers who have raised so much money already and who looked after the teachers while they were in school, to the parents, governors and members of the local community who visited Brimsham to find out more about the partnership and to all the pupils and staff who made them feel so welcome during their visit. We could not have come so far had people not been so keen to get involved and so generous with their time and energy!